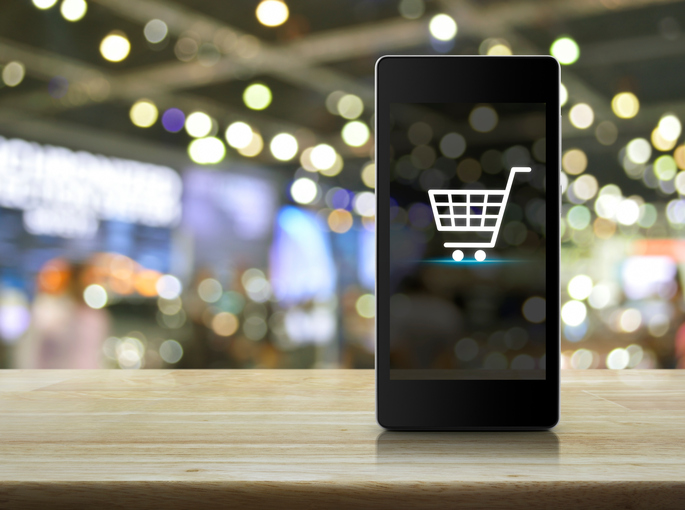 The Great Recession brought some of the darkest years in recent American history. The real estate market had years of run up, until the financial market debt crisis caused the bottom to fall out. Businesses throughout the country struggled, then capsized, and eventually failed and went under. From 2007 to 2010, more than 8.5 million people lost their jobs. By the end of the decade unemployment rates had soared to an unbelievable 10%.

The resulting change in the economic landscape brought new ways of doing business and a new way of looking at retail. With e-commerce sites like Amazon and eBay no longer considered a novelty, the number of people shopping online more than doubled in the next five years.

Today, online retail plays a major role in the economy of the United States. However, not everyone seems to be happy with the increase in ease of access and change. Some lament how e-stores are slowly reducing the number of available brick-and-mortar retail locations, and with them, retail jobs.

The “Great Migration” of Retail Jobs…
To some pundits in the retail industry, a full transition to digital shopping would greatly and irreparably harm the retail job market. Their fear is understandable: retail stores close down, the whole process becomes automated, and employees are simply not needed anymore. To the unwitting observer this is a likely story, but yet, it is not entirely true.

While the rise of e-commerce reshaped the retail job market shrinking it to a husk of its former self, it also helped other retail-related markets and job opportunities thrive. All online retailers need a place to store their supplies, trucks to move them and people to package and deliver the goods. These make for an extremely complex network of infrastructure required to keep online retail competitive.

Warehousing and delivery aren’t exclusively used by online shops, but their sectors boomed following the expansion of online retailers such as Amazon. The fastest US company to employ 300,000 workers is now placing its fulfillment centers all over the 50 states. These intricate hubs created 355,000 jobs in the last two years, more than accounting for the 50,000 retail jobs lost in the process. Looking back to 2012 is when we began to see this major shift occurring.

The Great Migration’s Impact on the Worker
Contrary to current beliefs, the average quality of life for people working in the e-commerce industry also improved. Online retailers seem to be offering more freedom and better perks for hourly workers than their brick-and-mortar counterparts.

Hourly hiring allows college students to find a source of income and gives younger workers the chance to decide their own schedule. Additionally, these macro-centers employ people with extremely different skills. Job availability isn’t limited to a few key areas anymore – salesmen, clerks, shop managers – but spreads to include a wider population.

Levels of education, physical features, and social abilities no longer act as a filter. People from different backgrounds find it easier to join the active working population, increasing the country’s GDP and strengthening its economy. In the last seven years, unemployment rates went back to their former 4.2%, getting much closer to what they were prior to the Great Recession.

When the two niches are brought closer together, an increase in payouts is also extremely evident. According to PPI’s Michael Mandel, e-commerce workers – including those employed by third-parties and subsidiaries – earn slightly above $17/hr. To draw a comparison, general retailers make 26% less than this pay rate.

More importantly, access to these perks seems to be spread throughout the country. An analysis of the growth in jobs and wages for the digital industry highlights how more than 30 US states benefited from the sector’s expansion. In places like Kentucky and South Carolina, online retailers brought more than 10,000 jobs. Their physical competitors were only able to achieve a small fraction of that.

A Look To The Future
What should job seekers and employees expect from the future? After all, Jeff Bezos himself once promised that his company would soon use drones in place of living and breathing people. Some still believe that this recent migration of jobs and the related job improvements are only temporary and that a second bubble is just about to burst.

These fears are best quelled and placed in a corner of your mind. Technologies might, at some point, make deliveries faster and more reliable, but not many consumers nor business-savvy entrepreneurs would leave it to a drone to carry valuable products completely unattended. Monitoring and handling, as well as warehousing, are unlikely to suffer a crisis anytime soon. If anything, access to better infrastructure and the rapid diffusion of broadband connection have a chance to further boost the e-commerce market.

As malls are progressively shuttered down and more internet dwellers find their ways to digital shopping portals, the companies behind the latter will have no option but to expand their workforce. Amazon was once again an example when it unveiled the plans for the building of its second headquarters in September of this year.

Changes in the population’s shopping trends and the subsequent expansion of the online sector aren’t as damaging to job availability as some think. Instead of disappearing, retail is simply evolving to keep up with the rest of the world, and the related jobs are migrating to a new opportunity. While some professional and hourly jobs may soon be obsolete, newer ones will be in great demand!

A healthy by-product of the Great Migration is workers are now coming from a variety of diverse backgrounds and can accomplish an even greater array of tasks. This transformation paves the way for more opportunities, makes finding a job easier, and directly affects the United States’ ability to progress as a strong economy.